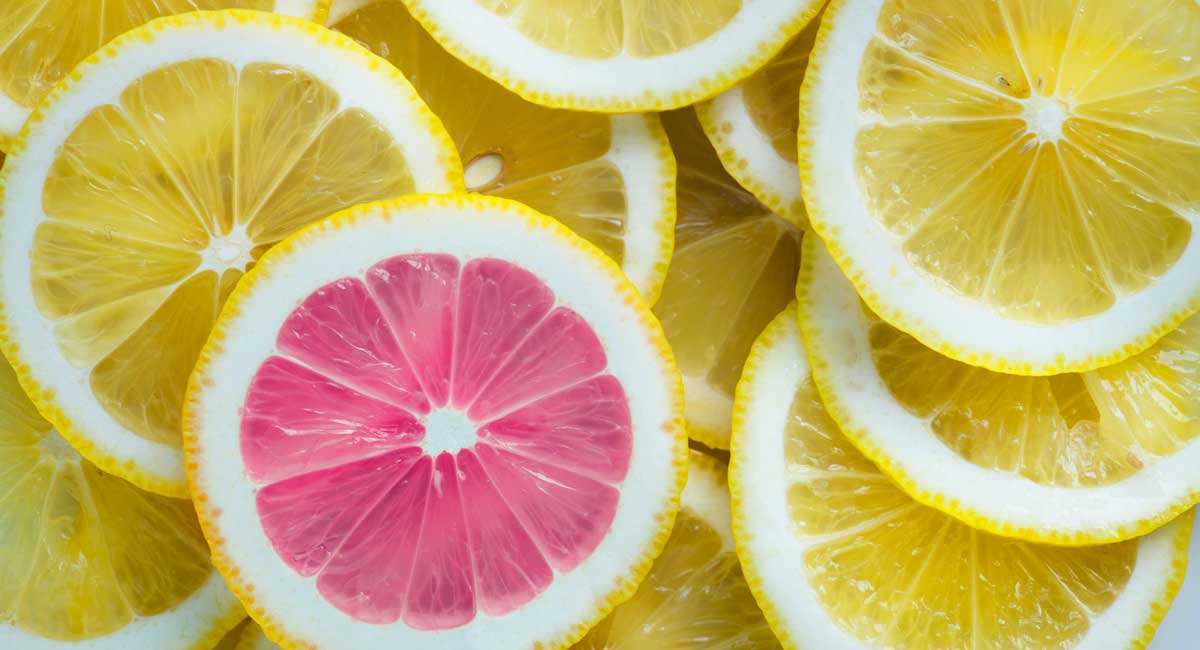 What does irradiated food mean?

By Claudio Spada 13 Settembre 2018 No Comments

What does irradiated food mean?

Have you ever read the words “irradiated” or “treated with ionizing radiation” on food labels? When you find such labels, know that you are facing a food that has undergone a special treatment, the irradiation in fact. Beware, however, not to confuse foods irradiated with genetically modified or transgenic organisms. In GMOs, the DNA of the recipient is modified by inserting DNA fragments or genes from another organism. Irradiation is instead a process during which foods are exposed to gamma rays emitted by radionuclides, or X-ray or electron beams emitted from artificial sources.

What is the purpose of food irradiation?

The practice of food irradiation is regulated by an EC directive of February 1999. According to the provisions, this practice can be used “in order to reduce the incidence of foodborne illnesses by destroying pathogenic organisms”. The legislation establishes the scope, the purposes and conditions of the treatment, including the radiation sources that can be used, the procedures for calculating the radiation absorbed by the food and the hygienic requirements of the products to be subjected to the treatment itself. The law also establishes that the treatment of products with ionizing radiation must take place only in plants with authorization (Benatti, 2014).

The purpose of these treatments is therefore to favor the processes of conservation and maturation as well as to prevent the sprouting and the development of harmful germs. In this way, conservation times are lengthened by saving a large number of vegetables that would otherwise be lost due to the infestation of insects, molds, bacteria or premature germination.

The community directive also provides a list of products that can be treated with ionizing radiation. Currently, this list includes only one category of products: herbs, spices and vegetable condiments at the maximum dose of 10 kGy (Benatti, 2014).

In Italy, in addition to the aromatic herbs and spices, authorized by the Ministerial Decree of 18 July 1996, the treatment for the anti-sprouting of potatoes, onions and garlic (DM 30 August 1973) is allowed. As for Switzerland, the final irradiated product must be labeled and described as: «treated with ionizing radiation» or «irradiated». However, from 1 April 2008, the irradiation of dried herbs and spices is generally permitted on condition of respecting certain framework conditions, while the irradiation of other foodstuffs continues to be subject to authorization (LDerr articles 9 and 21; articles 19, 20 and 26-28, OCDerr article 2).

While waiting for other foods to be included in the list, each Member State may, therefore, retain the existing national authorizations, provided that irradiation and placing on the market are carried out in accordance with the provisions. The legislation requires that irradiated foods should bear a special word or logo on the label, but this does not always happen. In 2005, for example, during the controls of the European Commission, irregularities were found in 4% of the total samples analyzed. Although the analyzes have increased, this is not enough to have an effective control over all products that arrive in supermarkets. Often all irradiated and genetically manipulated seeds that give rise to derivatives like pasta, bread, biscuits, etc. often go unnoticed. At this point, it is clear that you have guessed the paradox: despite the precautions, many finished products will be hardly classified as irradiated.

Irradiated foods: what are the risks to health?

In addition to the list of the directive, there are about thirty categories of foods that are subjected to this treatment in Europe: from onions to potatoes, from certain types of fruit to cereals, to spices, meat, mollusks, and eggs. In Italy, the authorization applies only to potatoes, onions, and garlic, but in the other European countries, the clearance covers a wide range of foods that can receive up to 10 KiloGray (KGy). Gray is the unit of measurement of the absorbed dose of radiation and 1 KiloGray is equivalent to 1000 Gray. To make a comparison, an x-ray involves an average absorbed dose that falls within a range of 1 to 30 thousandths of Gray around. The international and European health authorities have concluded that remaining below the admitted threshold of kGy, there is no damage to health. Over the years, however, there are those who have had more than one doubt about the safety of such treatments and there are many studies that provide elements that are worth reflecting on (Benatti, 2014).

The first real alarm was launched in 2003 by the American association Alliance for Natural Health concerning the Food Safety Modernization Act, a law that some consumer associations had managed to amend on the riskiest aspects but which nevertheless passed, decreeing encouragement to irradiation of foods. The irradiation modality has therefore been extended but for the association, this represents a serious risk to health because there are no federal standards for radiation safety levels. Research has indeed highlighted many problems in animals fed with irradiated foods, including chromosomal aberrations, rare forms of cancer and even premature death (Benatti, 2014).

Gerald Brownell, a biochemist at the University of Michigan, has shown that irradiated potatoes cause a very high incidence of tumors and arthritis in mice. In India, researchers at the National Institute of Nutrition have observed an increase in genetic alterations in bone marrow cells in children fed with irradiated wheat. The consumption of irradiated foods has also been associated with the strong increase in free radicals that cause premature aging.

In 2011, Efsa (European Food Safety Authority) also conducted a review of the studies and research available on irradiated foods. But in this analysis, not all the steps are reassuring. In the report, we read for example that “because ionizing radiation passes through food, they cause chemical transformations to chain”. The main compounds that are found are some hydrocarbons and 2-alkylcyclobutanones (the latter can damage DNA), ie substances that are produced exclusively after irradiation that are used as a marker to check if a certain food has been irradiated (Benatti, 2014).

In 2007, a group of researchers from the University of Berlin had already investigated the issue, studying the cytotoxicity and genotoxicity of 2-alkylcyclobutanones on bacteria and human cells. Cytotoxicity was evident on bacteria, but lesions of the DNA base were found with respect to human cells. The researchers concluded by recommending further studies to clarify the mechanisms of action and the potential relevance of these substances to humans (Benatti, 2014).

The Department of Nutritional Toxicology at the Institute for Nutritional Sciences in Jena in Germany stated that “2-alkylcyclobutanones represent a new class of food contaminants”. In their study published in Mutation Research, we read: “the results of previous in vitro studies on primary human colon cells and in vivo in rats fed 2-alkylcyclobutanones have shown that these radiolytic derivatives can be genotoxic and increase the colon tumor progression. But the mechanism that underlies these effects is not yet clear “(Benatti, 2014).

So how can we be really calm? Probably the best thing is that each of us reflects on the information available so that it is able to make informed decisions.

Irradiation: side effects on the nutritional qualities of foods

These treatments are in all respects a corrective maneuver through the addition of additives, many of which are notoriously toxic. In milk, vitamin C drops by 70%, while in carrots and potatoes the loss is 50%. Many essential amino acids, such as methionine, cysteine, and phenylalanine are severely damaged by losing all nutritional properties. The nuclear irradiation causes, in fact, the inevitable nutritional expiry of food for at least two reasons:

The treatment does not affect only the nutritional values and the vitamin content of foods but also changes the flavor, texture, color, and smell of food. What to do then to ensure untreated foods?

Why organic eating is good?

To ensure a high vitamin content and truly genuine products, the best thing is to choose locally produced food, even better if organic or Kilometer 0. The alternative to irradiation is, in fact, the normal methods of preservation to neutralize the pathogenic germs. Refrigeration is effective in blocking the sprouting of potatoes, onions, tubers, and bulbs; steam eliminates insects from strawberries and other fruit; the immunological essays identify the parasites in the flesh. Strict compliance with hygiene standards in food processing, feed control, and animal husbandry are the simplest, most economical and healthy way to ensure fresh and truly organic products.

More and more people today are sensitive to the issue of food and because in search of products that offer greater guarantees in terms of safety and quality, the choice of many falls on organic foods. Research in the food sector has shown that conventional products modified by irradiation have a lower biocompatibility with the human organism. Organic products, on the other hand, can guarantee stricter processes mainly because producers prefer to renounce insecticides and chemical herbicides. However, many of these foods still use seeds and raw materials that have undergone artificial genetic manipulations over the years. The greatest difficulty is encountered in this area: to go beyond the labeling of BIO products and to recognize foods that are compatible with your body. If you want to be sure of what you consume, in addition, to carefully read the labels, the advice is to demand more guarantees of food safety. Then choose formulations that provide the right nutrients and do not tolerate the presence of GMOs, less than 0.9% is the threshold also accepted by the BIO sector, or technologies that artificially modify the chemical and genetic structure of raw materials, as in the case of irradiation. Pay attention to the traceability and certifications of the food supply chain. These simple precautions will help you choose nutritionally balanced foods that will support you in a healthy diet without giving up the genuineness and pleasure of a good meal.